Babysitter ants and the leggiest creature named amongst 139 new species

Babysitter ants and the leggiest creature named amongst 139 new species

Over the past year, CSIRO researchers and their partners have named and described 139 new species. This diverse group includes marine fish, plants, a mountain frog, over 100 insects, jumping spiders and many more.

This collaboration between scientists to name and catalogue plants and animals, is critical to understanding our biodiversity. Australia is still in species discovery, with about 25% of our flora and fauna identified and assigned scientific names.

A report by Deloitte in 2021 outlined that for every $1 invested in discovering all remaining Australian species, $4-$35 in benefits could be delivered. These economic benefits could strengthen Australia’s biosecurity in identifying threats from exotic species, motivate research into wild crop alternatives, improve drug discovery processes and conservation outcomes.

The Australian Government has provided $3.85 million to assist in species recovery projects, including the Gondwana Rainforests that were impacted by the 2019-2020 bushfires. These rainforests in south-east Queensland are the home of Philoriaknowlesi, a new mountain frog. Rangers are undertaking measures to support recovery including fencing to keep cattle out of their habitat, feral pig control and weed control to promote regeneration.

The beautiful and endangered Bulloak Jewel Butterfly,(Hypochrysops piceatus) would struggle to survive without help from the newly named ant, Anonychomyrma inclinata. “The butterfly caterpillars live under bark and are carried to soft bulloak leaves to feed at night by ‘babysitter’ ants,” explained Dr David Yeates, CSIRO Entomologist.

Some of the new species added this year carry distinctively exotic physical features. Undarobius howarthi, one of the newly named weevils found in far north Queensland, do not have eyes. Instead, these lava cave dwellers have patches of pigment. 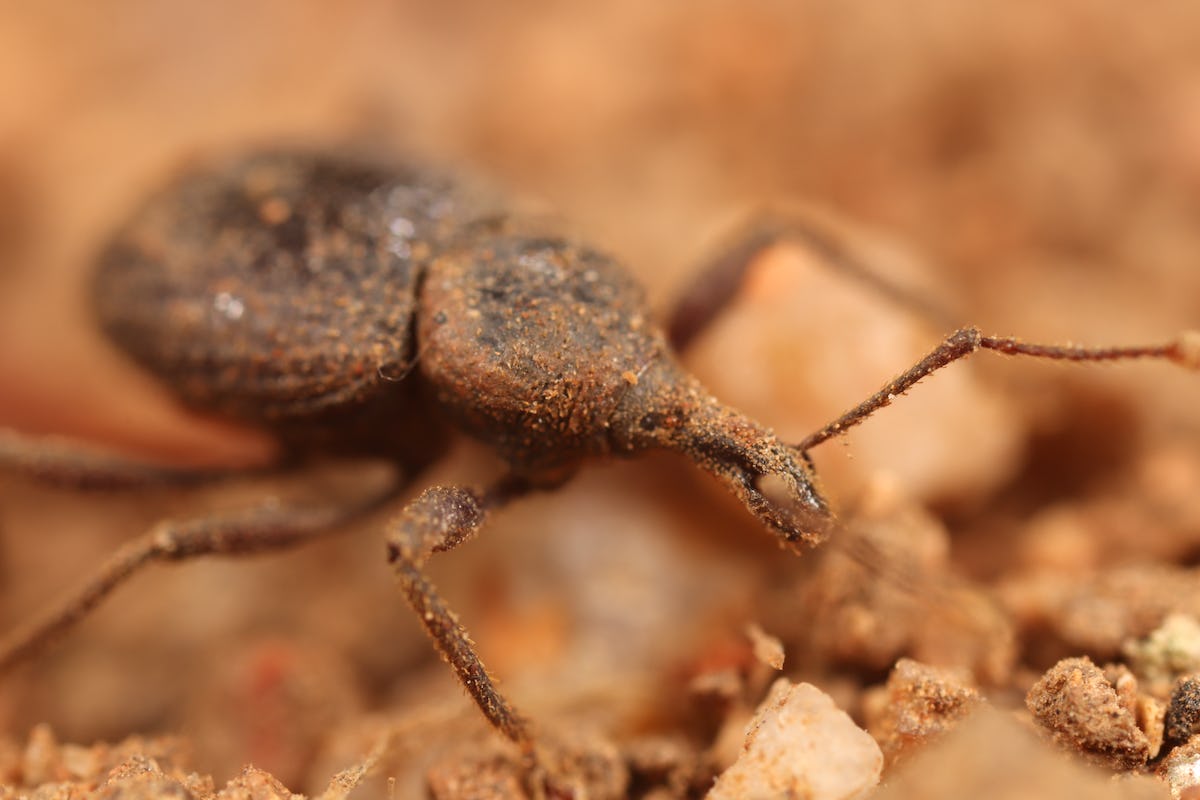 Close up of weevil crawling amongst dirt

Scientists discovered Eumillipes persephone, a record-breaking millipede, 60 metres underground in Western Australia. This millipede has 1306 legs, the most legs found on any animal on earth. Until this discovery, millipedes had never been found with more than 750 legs.

Aside from the economic benefits identified in the report by Deloitte, there are intangible benefits in preserving our biodiversity for future generations, plus it’s fun to learn about these exotic creatures!

Planet Ark does not take responsibility for the accuracy of the original information and encourages readers to check the references before using this information for their own purposes.

Learn more about The Seedling Bank

Pamela is a Marketing Communications professional with over 10 years experience working for both agencies and organisations in communications, travel, finance and retail industries. Pamela loves to be in nature riding a bike, skiing, appreciating the trees at her local park or exploring wild places abroad with her family.

World-first chromosome mapping to save an endangered Australian mouse