A coalition of 40 groups, including the newly formed organisation Re:wild which is backed by Leonardo DiCaprio, have joined forces to restore degraded habitats in the Galápagos Islands.

As its first project, Re:wild has committed US$43 million to The Galápagos Initiative, a group of local NGOs, governments and international organisations working collaboratively to return the islands to their former beauty. The project’s objective is to scale up the existing conservation work in the region and restore species and ecosystems to previous levels of abundance and health. 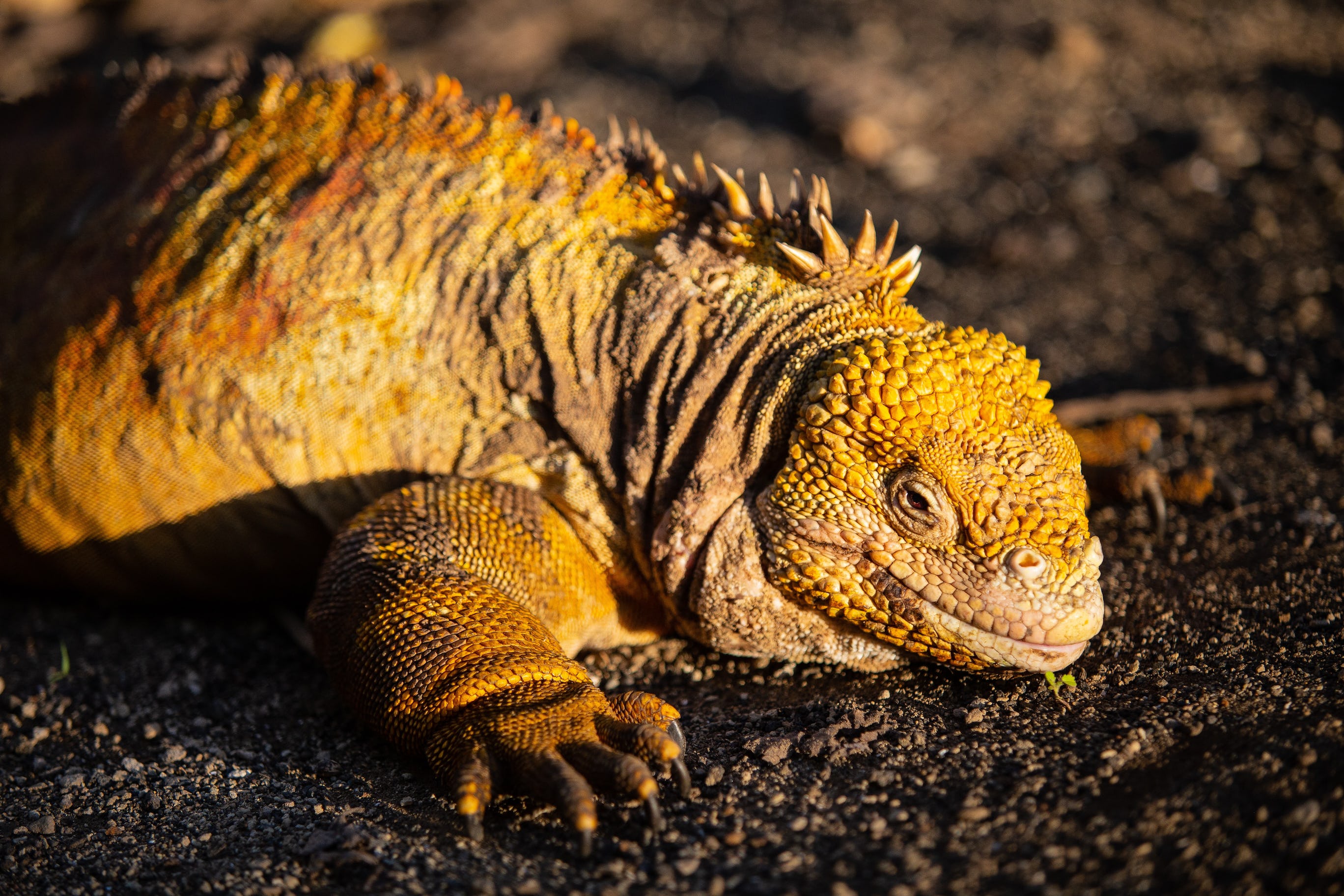 Photo of Iguana by Benjamin Kraus

Famous actor turned conservationist, Leonardo DiCaprio, celebrated the launch of the project by handing over his social media accounts and access to millions of followers to Island Conservations’ Island Restoration Specialist, Paula A. Castaño. In a social media post, DiCaprio explained how he had met Paula on a trip to the Galápagos Islands, dubbing her an “environmental hero”.

“I’m excited to share her team’s work and to support the longstanding effort to protect and restore these iconic islands,” said DiCaprio.

The Galápagos Islands are a volcanic archipelago (a group of islands) located in the Pacific Ocean and part of the Republic of Ecuador. The islands are renowned for their large number of species that cannot be found anywhere else in the world, many of which are vulnerable to extinction or have already gone extinct. The Galápagos Initiative aims to reintroduce species that have gone extinct and help increase populations of the hundreds of threatened species that live on the islands.

Increasing the population size of the critically endangered pink iguana on the Isabela Island will be one of the initiative’s immediate priorities. Only 300 pink iguanas remain on the island, an active volcano which could wipe out the entire population with a single eruption. A captive breeding program and other activities will be implemented to prevent their extinction. 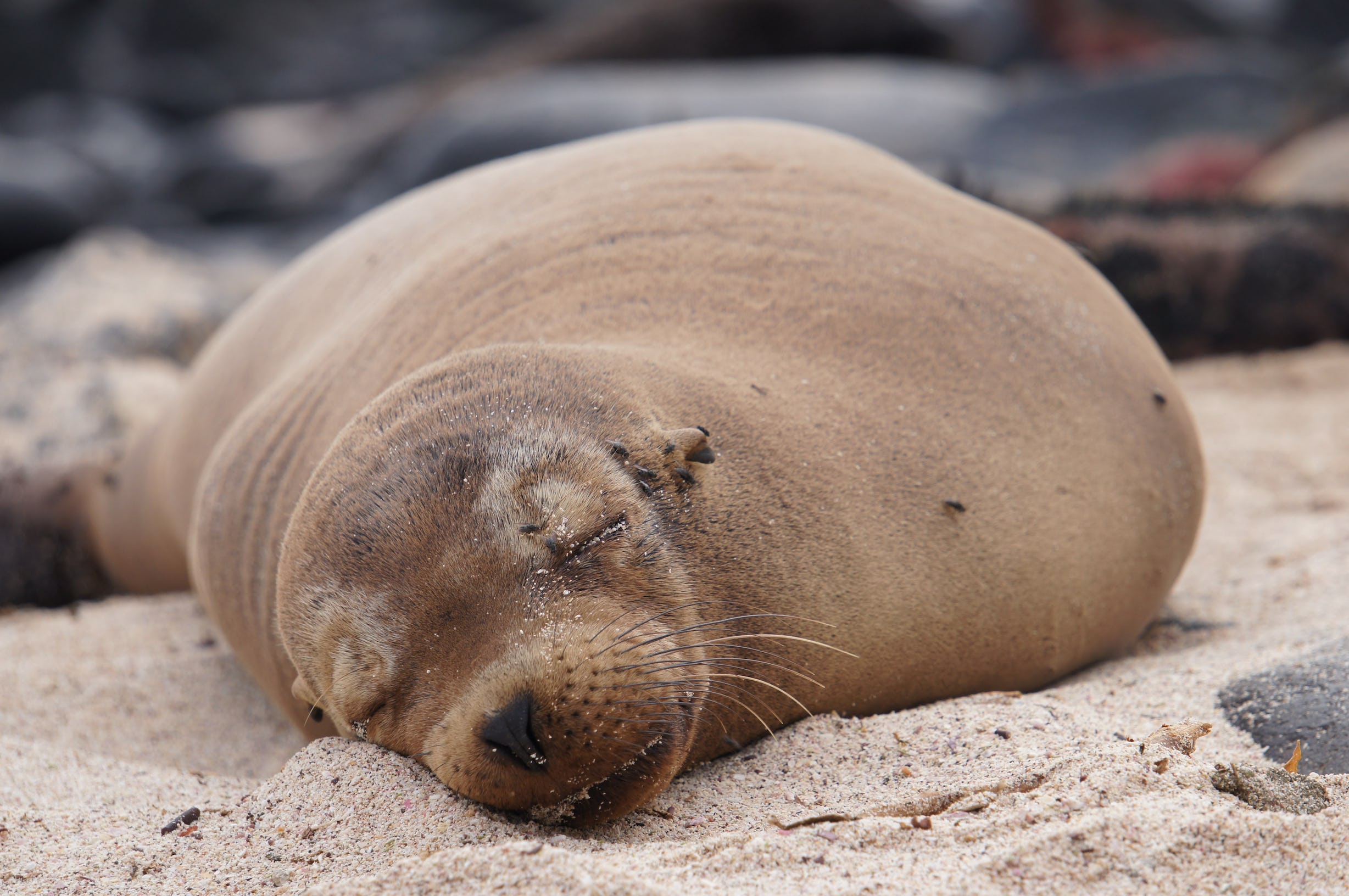 Photo of seal napping on the beach by Mackenzie Weber.

The initiative will also focus on strengthening protection of the islands’ marine reserves and restoring Floreana Island. The island has been targeted for its great potential for restoration, but also because it is one of the islands most degraded by human activities such as the introduction of invasive species and land clearing. Restoration efforts will protect its 54 threatened species and reintroduce 13 locally extinct species, including the Floreana mockingbird – the first mockingbird described by Charles Darwin.

Over the next decade, another 25 islands in the Galápagos will be targeted with the same restoration programs with plans to: 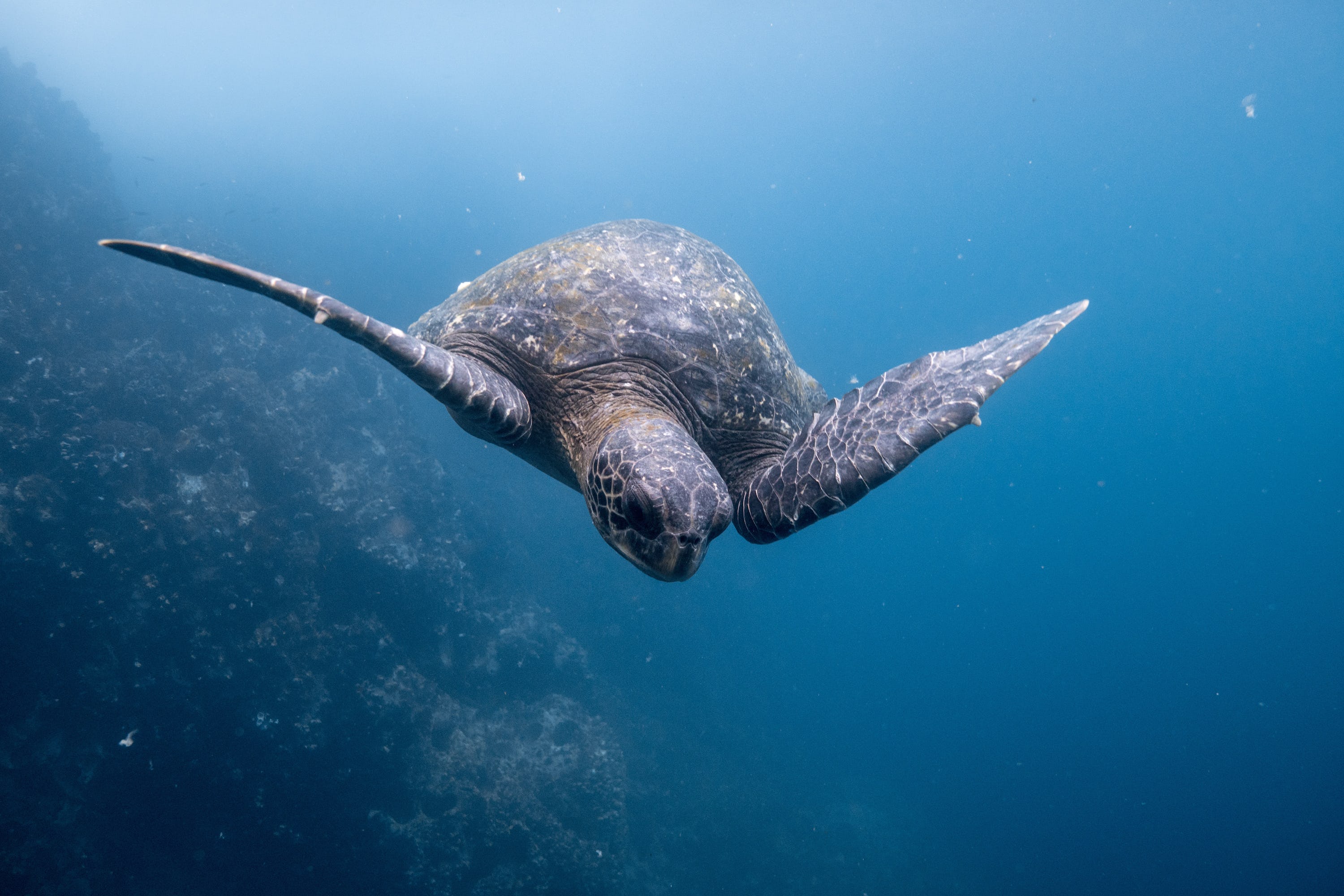 Photo of turtle by Dustin Haney.

Positive Environment News has been compiled using publicly available information. Planet Ark does not take responsibility for the accuracy of the original information and encourages readers to check the references before using this information for their own purposes.

Donate to the Seedling Bank

Rachael joined Planet Ark in early 2019 after eight years working in media and publishing as a producer, editor and writer. Rachael loves using her skills in content creation and communication to instigate positive environmental behaviour change. Outside of work, Rachael enjoys spending time in nature and immersing herself in arts and culture.